The first attempt to create a sequel to Streets of Rage 3 was made by Core Design, who pitched a project idea to Sega to release on the Sega Saturn. After Sega denied the project due to Core Design wanting to port the game to other systems the company reformulated the game and released it as Fighting Force.

A few years later, after the release of the Dreamcast, Ancient and Sega once again began early concept work on Streets of Rage 4. A rough playable section was produced, which showed the game had evolved into true 3D and incorporated a first-person fighting mode. The demo showed a character similar to Axel fighting off a group of enemy characters. Various changes in gameplay had apparently been planned, including the introduction of new team attacks and a new first person perspective.

According to rumors executives from Sega of America, unaware of the series' history and fanbase, shot the idea down on the basis of its genre alone. The side-scrolling beat'em up had rapidly gone out of fashion in the mid-1990s, and attempts to bring the genre into 3D had been unsuccessful. This meant that Sega were unwilling to commit to a game that in their eyes had little chance of making a good financial return. The development was thus cancelled, and the series entered a long limbo period. 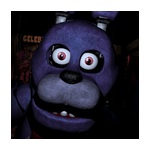