In Streets of Rage 2, Electra is a blonde woman clad in a leotard, band stockings and high heels boots. Her design is notable as she wears an electric whip attached to a prosthetic arm. In her first appearance, in Stage 1, Electra can be first found singing at Barbon's bar, serving as a mini-boss before facing him.

In Bare Knuckle III, her costume is similar to her Streets of Rage 2 counterpart, but with an added garterbelt. However, in the north american release of Streets of Rage 3, her outfit was changed due to censorship, with the leotard being changed to a miniskirt, and a red leather jacket now covering her torso.

When the player approaches her at Barbon's bar, she throws off her shawl, exposing her whip and fighting outfit. Electra also discards her fake hand, fitting her electric whip instead. Her moveset is widely expanding from her counterpart, Nora, even adding a flying kick with her high heels.

On higher difficult settings, her longer range attack is an electric whip which will electrocute players who fall victim. She appears many times at random throughout the game, often accompained with other ladies, Jack, or Mifune and his variations.

A different Electra reappears in Streets of Rage 3, lacking a prosthetic arm. Her primary means to attack is a 2-hit whip attack; on higher difficulty levels she can use electricity on her whip. She can perform a high jump, but does not possess the flying kick from Streets of Rage 2. She also can do a shift evade jump backwards.

Much like Nora, she may lie on the floor after a knockdown, unable to be harmed until the player moves away. Additionally, should the player grabs her from the front for too long, she will break free with a whip attack. 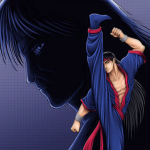 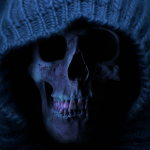